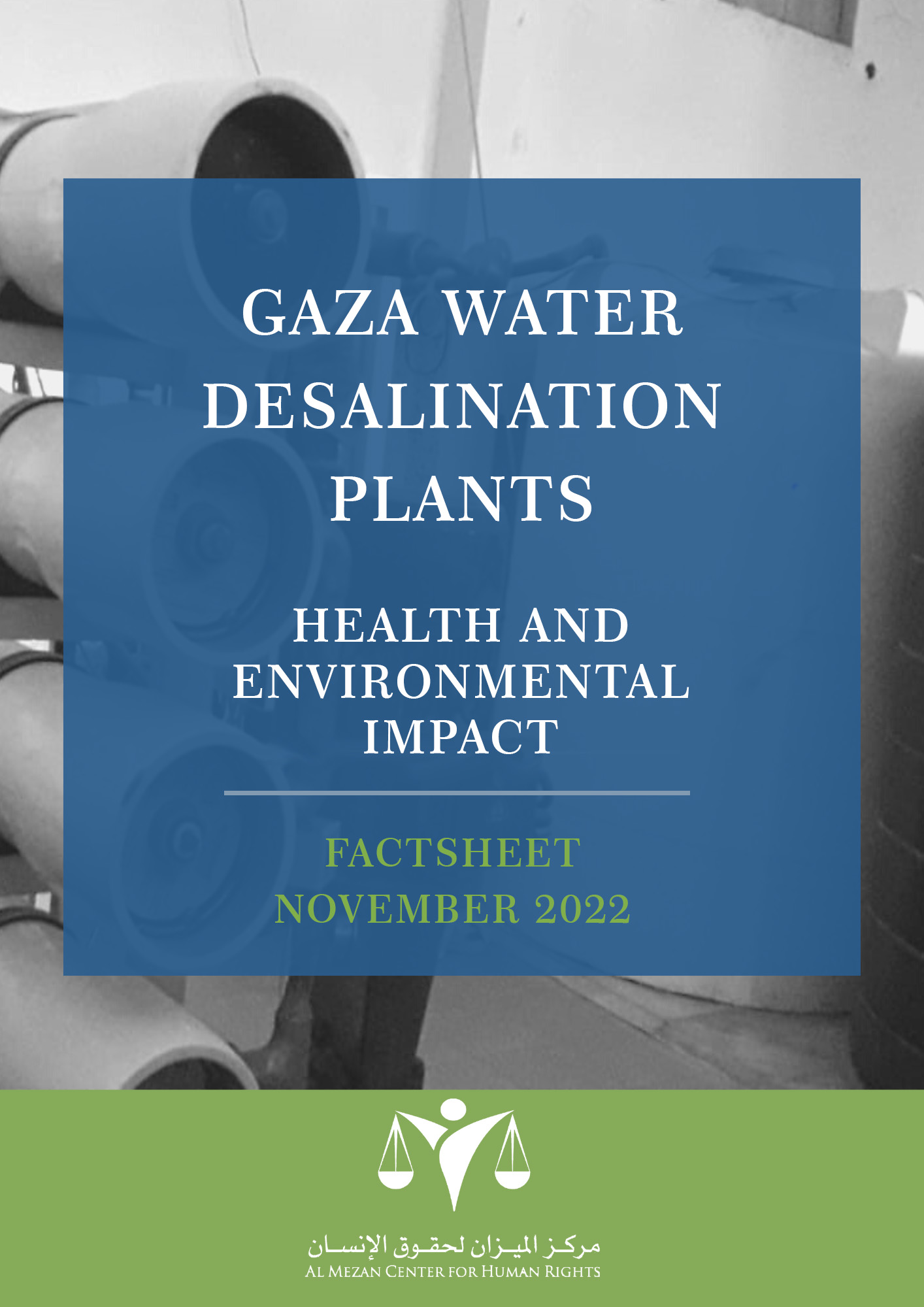 This factsheet discusses in detail the conditions of private water desalination plants in the Gaza Strip and their impact on human rights, including the rights to health, water and sanitation, and a healthy environment. 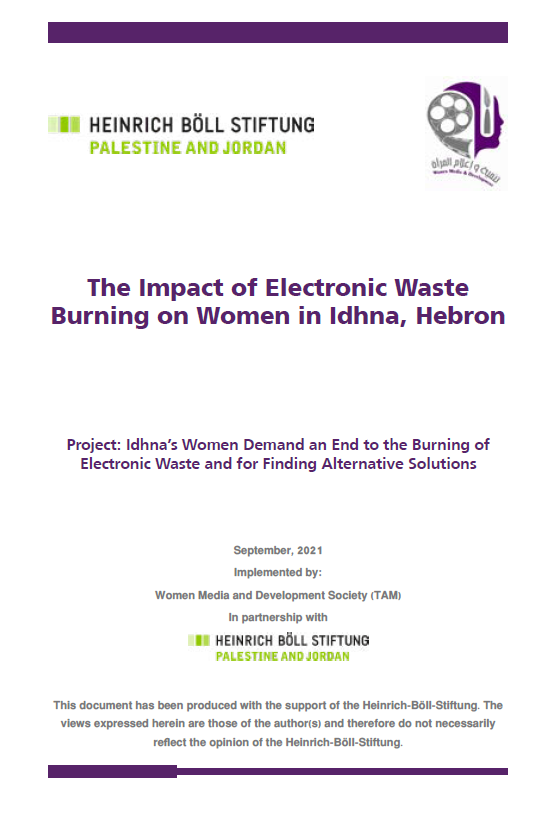 The Impact of Electronic Waste Burning on Women in Idhna, Hebron

This report addresses the phenomenon of electronic waste burning for metal extraction in Hebron, Palestine, monitors the risks and damages caused, the gendered impact, searches for alternatives and possible solutions, and examine the role of the relevant authorities in curbing and stopping this phenomenon. It also aims to raise awareness on the subject and present facts to decision-makers. 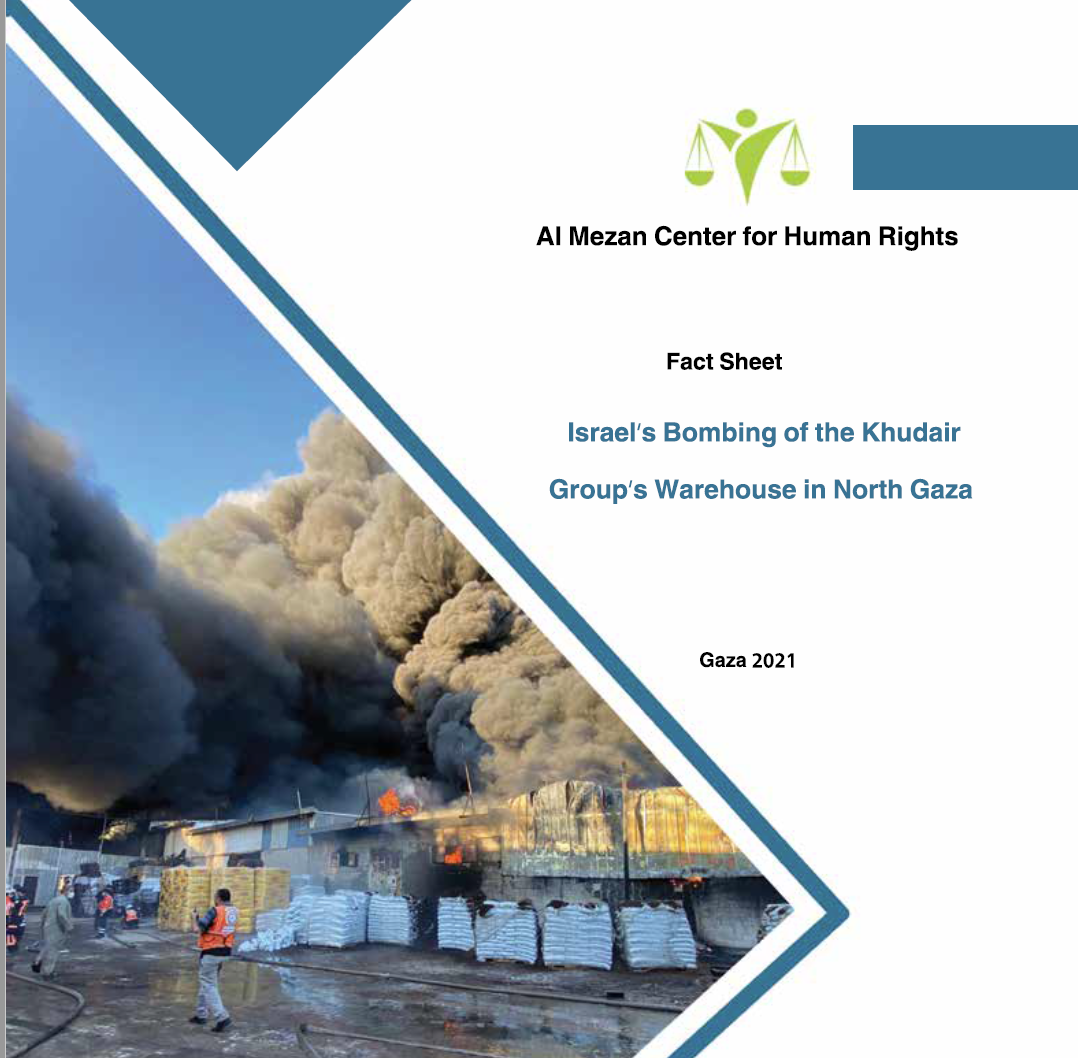 On 15 May 2021, Israeli artillery shelling caused a fire that engulfed multiple units of the Khudeir Group’s warehouse in Beit Hanoun, the largest warehouse of pesticides and fertilizers in the Gaza Strip, which raged for several days. This fact sheet addresses the health risks and repercussions on the environment of this incident. 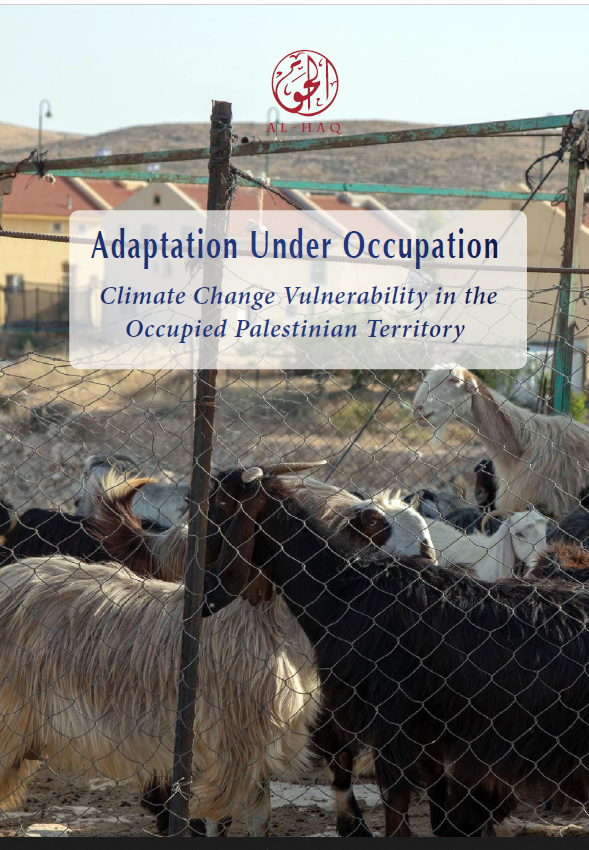 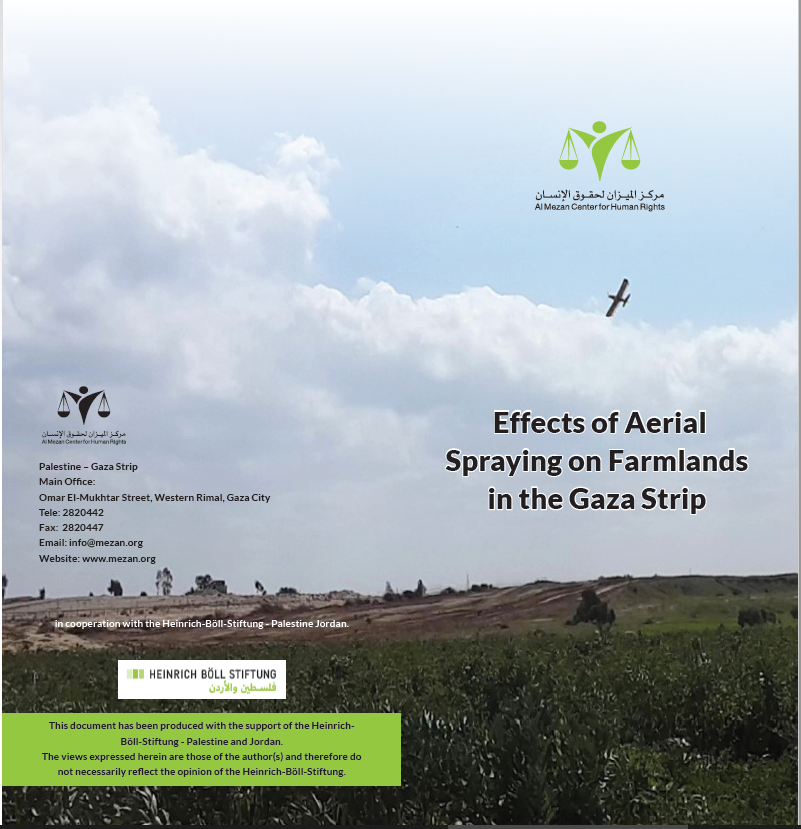 Effects of Aerial Spraying on Farmlands in the Gaza Strip

Israel has been using crop dusters to spray chemicals along the separation fence with Gaza, causing economic harm to farmers and the agricultural sector, and putting the environment and public health at serious risk 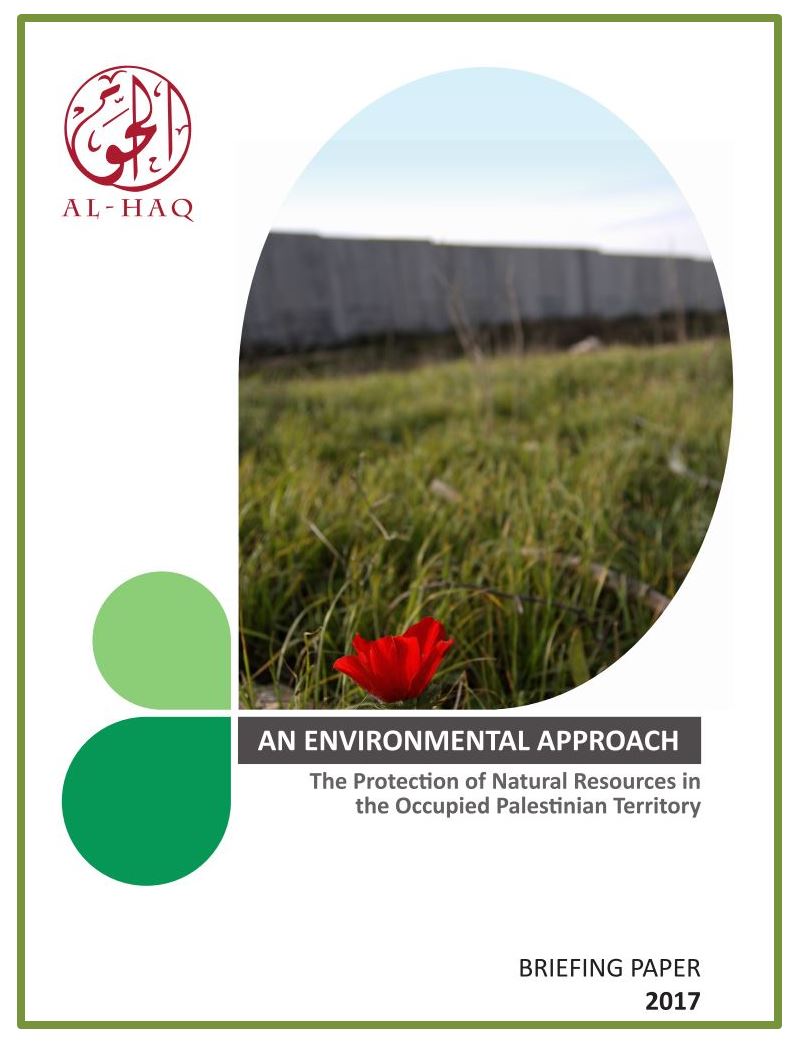 2017 marks 50 years since Israel’s unlawful occupation of Palestinian territory. During this period, Israel has implemented a variety of policies and practices in order to maintain and seize further control over the territory, while creating uninhabitable living conditions for the Palestinian population.

Research
The Research project focused on Gender Empowerment and Treated Waste Reuse in EinQinia Village and demonstrated the connection between Gender, water and treated wastewater.

Study
The Palestinian Environmental NGOs Network (PENGON) and MA’AN Development Center in cooperation with Heinrich Böll Foundation’s Palestine & Jordan Office published a study on “2014 War on Gaza Strip: Participatory Environmental Impact Assessment” in October 2015. The study was prepared by Dr. Ahmad Safi and a group of assistant researchers. The study discusses the findings of a participatory assessment that was performed between May and September 2015, investigating the environmental impacts of the July/August 2014 war on the Gaza Strip “Operation Protective Edge.”

Study
Al-Haq in cooperation with Heinrich Böll Foundation’s Palestine & Jordan Office published a study on “Environmental Injustice in Occupied Palestinian Territory: Problems and Prospects” in July 2015. The study was prepared by three researchers, Dr. Benjamin Pontin, Dr. Jesus Gamero Rus, and Vito de Lucia*. The researchers investigated environmental problems affecting Palestinians, which are attributed to Israel’s occupation of the territories of the West Bank (including East Jerusalem) and Gaza Strip. The investigation took place in relation to environmental justice.